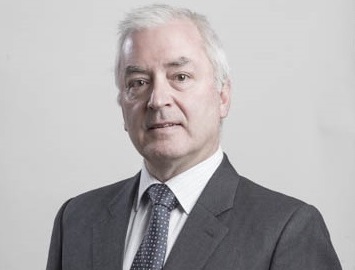 Lawyer from Universidad de Chile, specialized in the organization and legal assistance of foreign companies in Chile, counseling them in commercial, corporate, civil, foreign investment, immigration, labor and tax law.

Between 1986 and 2004 he was a career diplomat, having served in various positions in Africa, Europe and Chile. He holds a graduate diploma from the Hague Academy of International Law and a Master’s degree (LL.M.) in International Economic Law and European Law from the University of Lausanne. He was professor (2005-2013) of International Trade Law and Academic Director (2007-2009) of the Master of Business Law (MBL), and Associate Professor at the Law Schools of Viña del Mar and Santiago, all pertaining to the Universidad Adolfo Ibáñez.

In 2004, after finishing his diplomatic career, Mr. Ernst joined the prestigious law firm Figueroa Valenzuela Abogados, in Santiago, where he was in charge of developing the area of foreign clients, until the creation of BETZ Legal Partners, in 2019.

He has extensive experience in international negotiations, both bilateral and multilateral. He is the author of numerous articles and publications, especially in the legal and international business fields.

He was president and for many years director of the Chilean-Swiss Chamber of Commerce and is the Trusted Lawyer of the Swiss Embassy in Chile.

Honorary Consul of the Republic of Estonia in Santiago.